Constitutional Council Hearing: A Must-watch Live Broadcast For Many

Tense and serious as the electoral period for the October 7 presidential poll was, many a Cameroonian still found jokes to lighten up their moods. Many of the jokes related to the electoral process connoted a message. One of such jokes was that the mother television station, CRTV, is watched only for three days in seven years; visibly coined from the impact created by the three-day live broadcast of hearing of opposition appeals at the Constitutional Council in Yaounde. The live broadcast, according to political pundits, rejuvenated Cameroonians’ interest in politics as people of all ages and walks of life paid attention to the proceedings at the Council.

Wherever citizens found themselves; in pubs, offices or at home, their focus was either on a TV set, radio or on a webpage where they could watch opposition parties, the ruling CPDM, ELECAM and the Ministry of Territorial Administration struggle to defend their respective perspectives on the conduct of the election. Kavisighes Stephen says it came to him as a surprise that even women who apparently paid little or no attention to politics could forego their favourite daily passion movie series and serials to watch hearings on complaints from presidential candidates being broadcast on national television. “It was the first time the Constitutional Council was handling a presidential election and as such the expectations of the citizens were so high.

Other channels relayed the live broadcast which was also streamed live on the internet by the CRTV. So everybody took it seriously,” he quipped, adding that the attention the event got can only be compared to that given to important football matches played by the Indomitable Lions. An employee of CRTV who preferred not to be named disclosed they witnessed a record number of views on their online platforms during the broadcast of the judgment even when it went on through the night till the wee hours of the morning.

President Paul Biya and the Ambassador of the United States ... 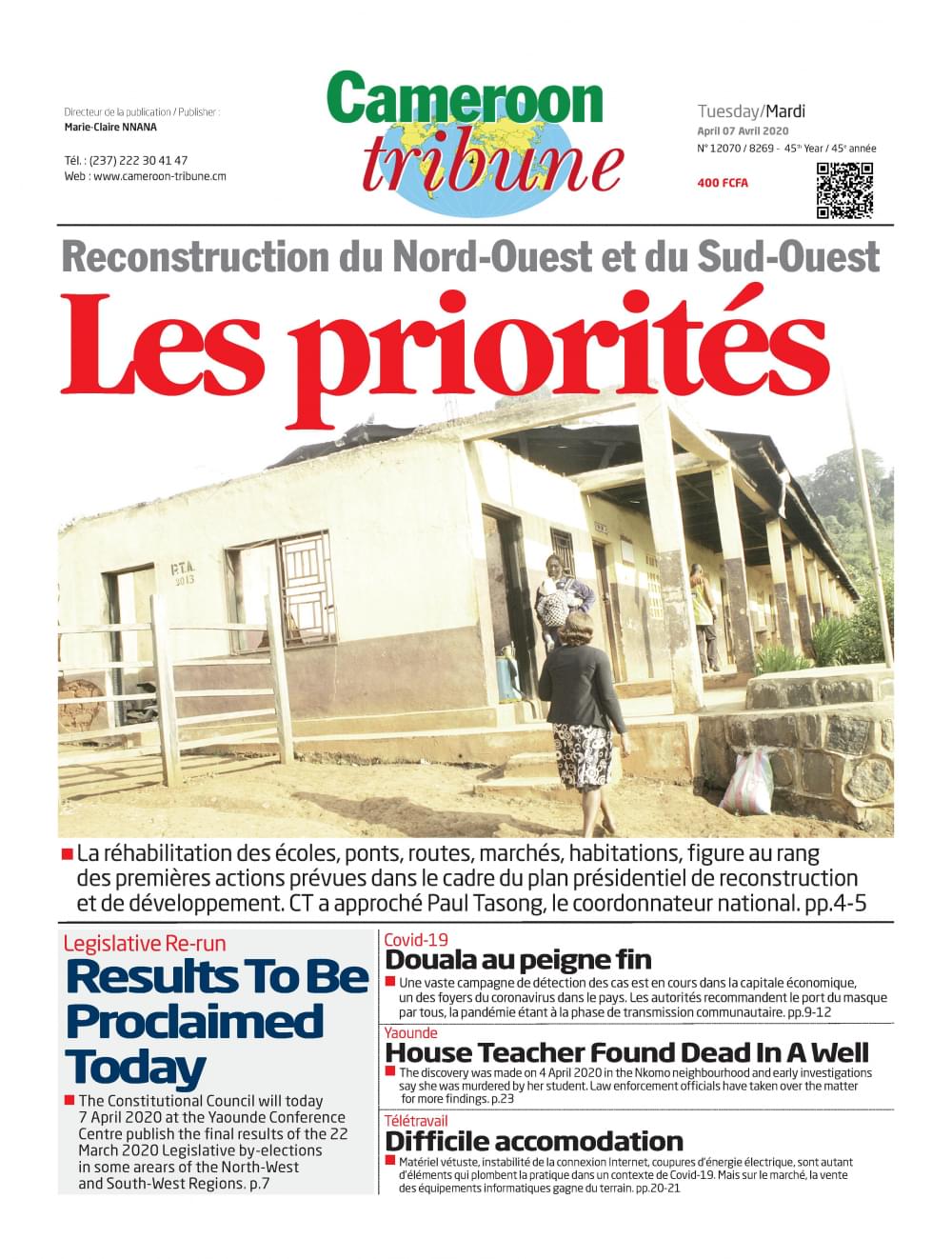