Inaugurated by the UN Coordinator in Cameroon, the office will pilot humanitarian activities in the North West and South West Region.

The office in Buea is now officially put into use.

The United Nations System in Cameroon has opened a humanitarian office in Buea, South West Region. This was during activities to commemorate this year’s World Humanitarian Day chaired by UN Resident and Humanitarian Coordinator in Cameroon, Allegra Del Pilar Baiocchi. While in the South West Region, the UN Resident Coordinator visited some IDPs in Kumba, inaugurated the UN Office and hoisted the UN flag. The office, Allegra Baiocchi said will respond to humanitarian assistance in the North West and South West Regions.
Speaking at the ceremony which took place at the Pan African Institute for Development-West Africa on Saturday August 17, 2019, Allegra Baiocchi indicated that celebrations this year is directed towards honouring humanitarians efforts worldwide and propagating the ideas of supporting people suffering in crisis.
She said the World Humanitarian Day is set to celebrate women humanitarians and their undying contributions in making the world a better place. “Women Humanitarians hold a sense of unparalleled uniqueness, one that adds to the global momentum of female strength, power and perseverance. It is time to honour the women who have acted as first responders to the darkest hours of crisis,” she pointed out. The UN Official saluted the South West and North West Women’s Task Force for their resolve and resilience to deal with precarious humanitarian situations. They were also praised for raising their voices to call for a ceasefire and propose solutions to end the current crisis. There was equally a standing ovation for NGOs and faith-based organisations for their determination to contribute in alleviating the suffering of affected population. Local humanitarians NGOs like LUKMEF, Reach Out, Women Without Border etc showed their efforts to arrest the suffering of people in the sociopolitical upheavals in the North West and South West Regions of Cameroon.
Statistics presented during the event showed that in the North West and South West Regions there are four million affected persons. 1.3 million are said to be in serious need of assistant while an ongoing humanitarian response efforts targets a total of 820 000 persons. The UN statistics went further to indicate that over 530, 000 people remain internally displaced within the affected regions. 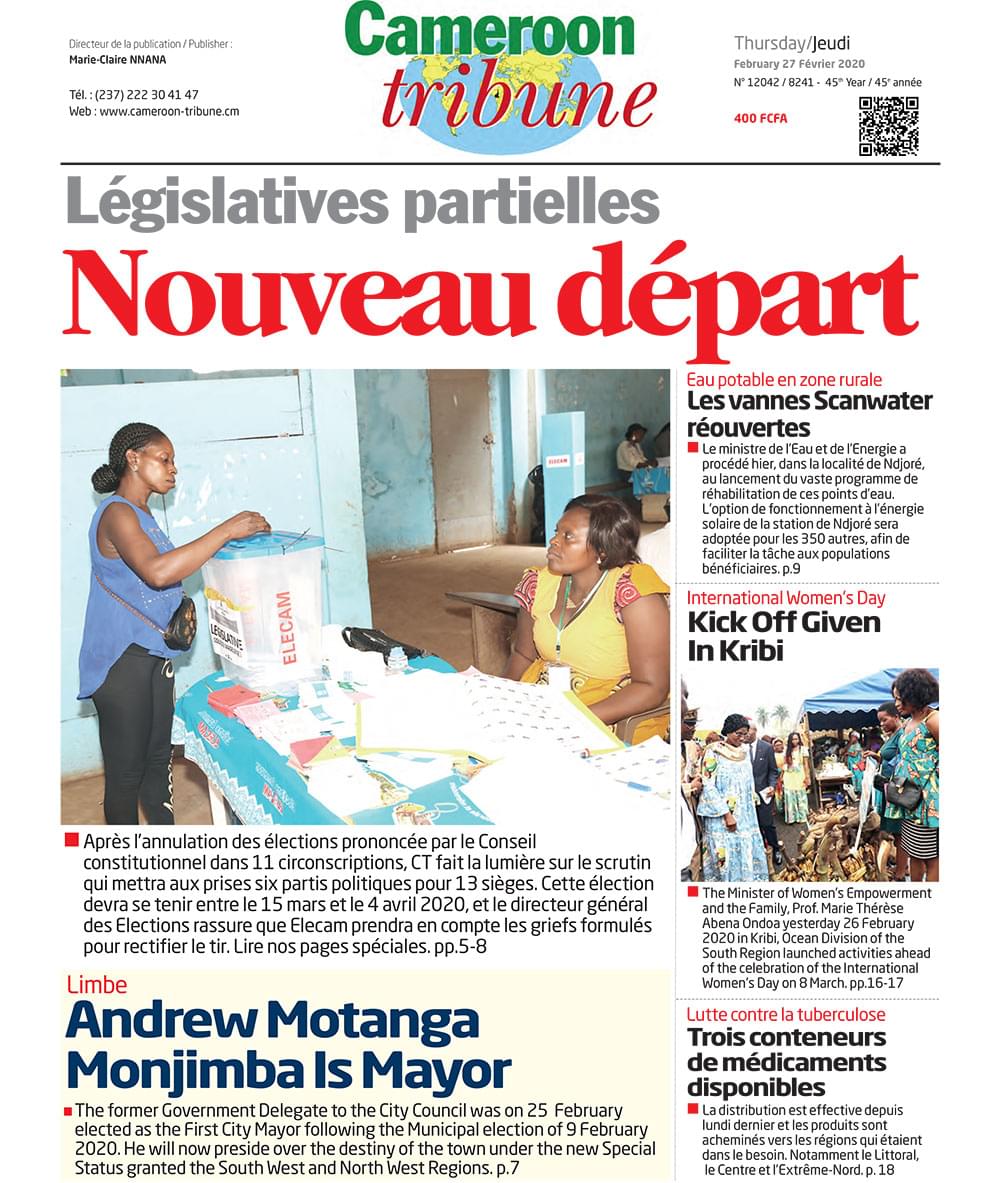